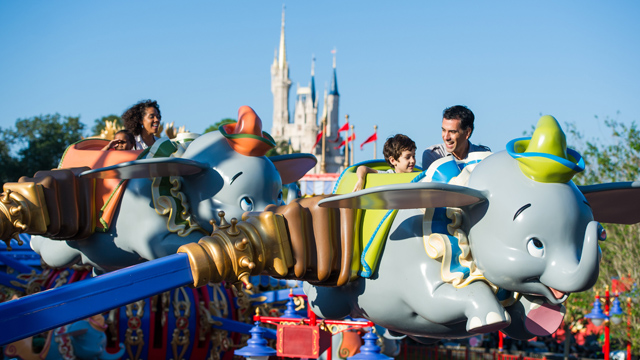 Great news from Disney World today announcing enhancements to their Photopass product. These changes make it so much easier to take advantage of photopass and eliminate the waiting in line to have the ride photos added to your account.

All Guests wearing active MagicBands will now have their attraction photos automatically associated to their My Disney Experience accounts. All unexpired photos are visible, so attraction photos taken within the previous 45 days will be included.

Implementation is scheduled to be complete at Epcot® (Test Track® Presented by Chevrolet) and Disney’s Animal Kingdom® Theme Park (Dinosaur and Expedition Everest®) by mid-November.

Guests can also now see videos in their accounts that previously only Memory Maker Guests could access. All Guests wearing active MagicBands will have attraction videos automatically associated to their accounts. Attraction videos are currently available for Seven Dwarfs Mine Train and The Twilight Zone Tower of Terror.

And, all Guests are eligible to have animated magic shots automatically associated to their accounts. Animated magic shots are special videos that appear in the Guest’s account after having their photo taken by a Disney PhotoPass photographer in select locations (locations and content subject to change). They feature a still photo of the travel party overlaid with a video appearance by an animated character.

All unexpired videos will be visible. Therefore, attraction videos and animated magic shots taken within the previous 45 days are included. All Guests are able to view their videos via their My Disney Experience account, but a Memory Maker entitlement is required to download them.

Memory Maker is well worth the cost with the ease of use now, especially with the ride photos and now even some videos included.