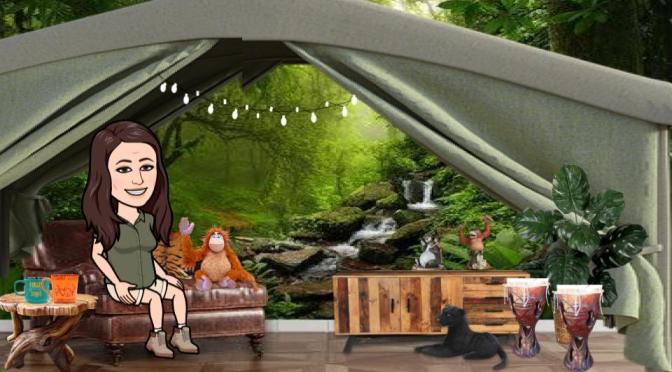 Expedition Everest is one of my favorite atractions in all of Disney World!

The adventure begins in Asia at Disney’s Animal Kingdom,  join the Expedition Everest team and embark on a trek through Anandapur. The trail leads visitors to the village of Serka Zong, which means “fortress of the chasm.” The Royal Anandapur Tea Company shipped its tea by train from Serka Zong through the Forbidden Mountain pass. The railroad was closed after several mysterious accidents, rumored to be from the hand of a Yeti. Today, the village of Serka Zong is thriving again thanks to the efforts of local entrepreneurs. The Himalayan Escapes, Tours and Expeditions company has partially refurbished the railway and now offers transportation for adventurers to the base camp at Mt. Everest.

Imagineers traveled to Nepal and surrounding areas to research local culture, architecture, food, and the legend of the Yeti. This massive feat was accomplished by building the ride track and the mountain completely independent of the other. The track and mountain never touch and were both built with superstructures that do not dependent on each other. When the attraction opened, the Yeti was the biggest, most advanced audio-animatronics figure to ever be created. He stands a whopping 25 ft tall and has the potential to move his entire body an astounding 5 ft horizontally in a few seconds flat. The figure was constructed to sit atop a 46 ft tall independent concrete base meant to hold its weight while allowing the beast to swoop down on passing train vehicles, terrifying riders and confirming the legends’ truth. Of couse, he hasn’t worked as he was meant to since that firt year, 2006. No explanation has ever been given as to why and stobe lights and fans to make his fur move have been put in place as a Plan B.

The queue for the ride is pretty incredible itself, try to take in as much detail as you can. The statutes featured outside, the flags hanging, the clothing in the cases, even the currency in the photos is all spot on with the Indian culture that exists at the base of the real Everest. 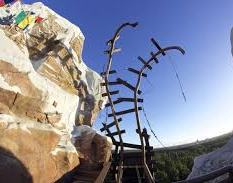 Intestesting documentary on the building of Expedition Everest.

Climb aboard, let’s go to the base of Mt. Everest!