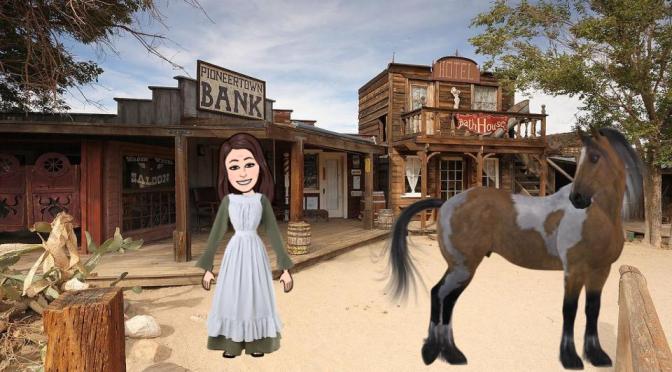 Big Thunder Mountain Railroad was one of the first Disney rides to utilize computer-aided design. The attraction first opened at Disneyland in 1979, and the Magic Kingdom’s larger version opened in 1980. 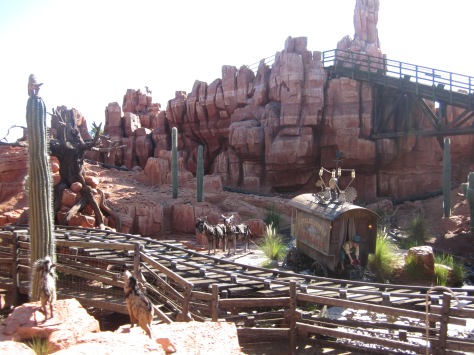 The Story Behind the Mountain

Once a working mine during America’s Gold Rush, there was gold found deep within Big Thunder Mountain in Red Rock Canyon. Almost overnight, the town of Tumbleweed became a thriving mining town. Barnabas T. Bullion established the Big Thunder Mining Company to go after the gold. Barnabas was born into a powerful East Coast family, so naturally, he thought it was his very right to claim the gold inside the mountain.

Big Thunder Mountain was protective of its gold and would curse anyone who dared try to take it. Miners would hear ghostly sounds, strange events occurred, including cave-ins and equipment failure. On a stormy night, a flash flood completely wiped out the town, destroying the mining company. Rumors has it Professor Cumulus Isobar, a rainmaker, brought the flood to Tumbleweed. If you look carefully, you might spot a mysterious machine with Cumulus’ name on it during your ride on Big Thunder Mountain Railroad!

Big Thunder Mountain Railroad travels through an empty ghost mine and rushes riders through the canyons, caverns, abandoned mine shaft and the ghost town of Tumbleweed! Barnabas, however, is still trying to dig and find gold inside Big Thunder Mountain, despite the warnings and curses from the mountain. Spooky!

Climb aboard the Wildest Ride in the West…

Your rip-roaring adventure proves that some legends are true. You’re sure to have a real blast!