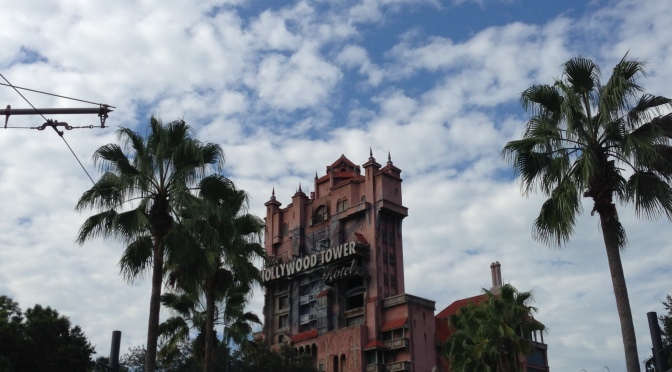 Today, May 1st, Hollywood Studios celebrates 25 years. The first 2 times I visited the park, it was still Disney’s MGM Studios and I call it that a lot still to this day.

On our last trip, this park became a favorite of my boys. They are getting older and having a few more thrilling rides was a big plus. We all love Toy Story Mania, but Rock N Rollercoaster became the boy’s new favorite. They even got me on it, and I had never been on a coaster that went upside down before then. I rode it at least 5 times and I am screaming and look like a dork in the picture on every single ride. It was fun though!

My favorite ride though at Hollywood Studio’s has to be the Tower of Terror. Enter the Twilight Zone!

I am not crazy about the drops, especially when they do a lot, every ride is a different sequence. But I love seeing the park out the window for a few seconds before the drop and I love the old dilapidated hotel. The theme design at this attraction is just spot on! Right down to the Cast Members and their attitudes.